BREAKING THROUGH Lighting the Way -- Major Photographic and Artifact Exhibition

BREAKING THROUGH Lighting the Way began as a book that explores race relations in America and Southern California, through the lives and experiences of twelve African American FEMALE LEGENDS who made a noteworthy difference in the history of Long Beach, California.

The Event is Free.

The BREAKING THROUGH Lighting the Way exhibition is a collection of portraits, historic photographic restorations and ancestral document reproductions by Sunny Nash; a display of on-location photographs at Shoreline Village in Long Beach by Carolyn Smith Watts; and artifacts collected from the personal archives of the twelve women. The project features a commemorative Museum Book.

The exhibition features limited edition softbound, collectible monographs written and photographically illustrated on an aspect of the woman's life.

Twelve Women Who Made A Difference in the History of Long Beach, California.

Supporters listed on BREAKING THROUGH Lighting the Way pages are involved in a nonprofit venture overseen by the nonprofit agency, Leadership Long Beach. Funding is used to execute the many aspects of the exhibition and its promotion--print, electronic and virtual--consisting of photography, photographic editing, document reproduction, displays, showcases, mechanical devices, Internet content creation, marketing, web design, electronic distribution, social media, video production, book publishing and event planning. Without friends, volunteers and supporters, this Long Beach Signature Project would not be possible. All levels of support are welcome.

BREAKING THROUGH Lighting the Way Exhibition will chronicle the lives of 12 African American Long Beach female legends who made a difference in history and culture of Long Beachrnia.

In a nonprofit project that began in 2007, humanitarian, Carolyn Smith Watts, and author, Sunny Nash, began chronicling the lives of the twelve living legends of Long Beach, California, and paying tribute to them through a book, television documentary, online presence. Since that time, two have passed away, Autrilla Scott and Lillie Mae Wesley.


When Sunny Nash won a 2015 Arts Council for Long Beach Artist Fellowship to edit and print 12 exhibition portraits, the project was re-born and rejuvenated into a full exhibition of historic photographic restorations, document reproductions, artifacts and ancestral papers. Long Beach is demonstrating its sense of community with complete enthusiasm for this Signature Project.


The exhibition will open Tuesday, September 29, 2015, at 3:00 p.m. in the Atrium Center & Theater in Long Beach Public Library off of City Hall Public Plaza, 101 Pacific Ave., Long Beach, California. Beginning at 2:00 there will be a Press Conference in the Miller Room and a Reception in the Atrium Garden.

When Wilma Powell arrived in Long Beach in the 1960s, she found a professional environment that was a bit unwelcoming to African American women and women in general. However, she enrolled in the University of Redlands and earned a degree in business. Jet Magazine reported in its May 4, 1998, issue that Powell was the first woman to become president of the Marine Exchange of Los Angeles-Long Beach Harbor, Inc.

Race relations in Southern California and other parts of the American West were strained during the migration ﻿﻿﻿﻿﻿of black females coming from the segregated South during World War II and before as many of these women did.Long Beach, although progressive when compared to towns in Mississippi, Arkansas, Alabama and other parts of the Jim Crow South where the 12 black women were born and raised, Long Beach still had its share of racial strife.

Vera Mulkey was the first African American female Chief of Staff at the City of Long Beach. Mulkey served in the position for Council Member Clarence Smith and became an award-winning humanitarian, receiving recognition for community service from the Press-Telegram.

When Maycie Herrington, historian for the Tuskegee Airmen for more than 60 years, received a Congressional Gold Medal from President George H.W. Bush for her historic and groundbreaking work, back home, Supervisor Don Knabe marked the celebration of the occasion with a reception and presentation of Maycie Herrington Citation of Honor from the Los Angeles County Board of Supervisors.

The Tuskegee Airmen, the first African American pilots to be trained and licensed in the United States, were active participants during WWII.


Herrington's historical papers have been collected among Tuskegee Airmen historical documents, photographs and films at the University of California, Riverside. Maycie Herrington is the first and only African American female Long Beach resident to receive a Congressional Gold Medal.

Long Beach will learn about its history from these women.

"This exhibition will be an effective teaching tool," said Sunny Nash. "Students and others can learned through images and actual artifacts about history that, to some of them, is ancient. However, ten of the women in the study are alive and still active and are maintaining political and social relevance in their lives."

Bobbie Smith recently was honored by the Long Beach Unified School District with a school named in her honor, Bobbie Smith Elementary School.

Bobbie Smith and Dale Clinton attended the school board announcement. Community organizer and civil rights activist, Dale Clinton is another of the influential women published in BREAKING THROUGH Lighting the Way.


Clinton's letter to President Lyndon Johnson in 1968, one of the artifacts of the exhibition, was not only answered but also placed in the Library of Congress in Washington D.C.


A recurring theme in interviews Sunny Nash conducted with the  pioneering women was professional preparation.

To these women, professional preparation means getting a good education, training and experience as the primary route they chose to become successful, advising the next generation of women to follow the same formula. However, all of the woman placed helping others, family and friends above any personal ambition they may have had for themselves.


The women of BREAKING THROUGH Lighting the Way exemplified educational preparation, persistence, professionalism and high moral character in their individual pursuits of career and family success. Because of the intense preparation  of these women, Long Beach Unified School District became a place of opportunity. Alta Cooke. who became the first African American female high school principal in Long Beach at Jordan High School.


Quoted in a Press Telegramn article by Nadra Nittle, the Superintendent of LBUSD, Chris Steinhauser, said Bobbie Smith is “a pillar of this community, a person who all kids in all walks of life can look up to, one they could grow up to be like." Bobbie Smith was also the first African American Head Librarian at Long Beach City College.

Patricia Lofland, who served on the Los Angeles County Grand Jury with Maycie Herrington, was the first African American to serve on the Board of Trustees of Long Beach City College. Maycie Herrington received a Congressional Gold Medal for her work with the Tuskegee Airmen.

Long Beach City College opened doors to opportunities for many of the women in this project to attend or serve in positions during and following the Civil Rights Movement, which helped to change attitudes toward race in Long Beach. Long Beach City College had a tremendous impact on the lives of many BTLW women--from faculty to the Board of Trustees to graduates.

"Long Beach, California, was not perfect, racially," the 12 African American women agreed, but they persisted in changing Jim Crow traditions in Southern California, and marched in Civil Rights Movement demonstrations to change Jim Crow laws in their nation.

Exhibit photographs will include images of the women as children, their parents, working lives and even presidents and governors pictured with the women.
These extraordinary women also include author of two books, Autrilla Scott, a nanny to a United States President and only black women in Long Beach with a street named in her honor, Autrilla Scott Lane.

Volunteering, being of service to other people, and especially those in need, giving back to the community, being there for the youngsters, looking after the elderly and the sick are high on the list of worthy things to do among the women in the study. They all seemed to have a sincere interest in helping people, making improvements to the neighborhood and advising the young to do the same. Charitable actions, the women said, do not have to be formal or organized by a group. "Take it upon yourself to help a child," one woman said. "It could be a neighbor. We all know what to do it we would just do it."


Alta Cooke, the first African American female Long Beach High School Principal (Jordan), was an Honorary Deputy of the Los Angeles County Sheriff's Department during her tenure at the school.


“One of the most important lessons young people can learn from these 12 incredible women is to be dedicated to their dreams, but not to the point of selfishness, but to be willing to make certain sacrifices to nurture their dreams,” Nash said.

“Time is a sacrifice that must be made to become educated in the area of interest. Although nothing is guaranteed in this life, education is a necessary part of preparing for a successful future. Study, one solid method of giving a dream a fair chance to become a reality, grooms a person for the inevitable competition of those who may have the same dream.”

The pioneering women in this exhibition agree that knowing how to present oneself is a key ingredient to success. Choosing the proper attire, walking into a room with dignity, speaking with confidence and knowledge of the requirements for the job are part of preparation.

The Preview Exhibit was displayed at the EXPO Arts Center in Bixby Knolls in February, sponsored by Andy Street Community Association.


Julie Bartolotto, Executive Director of the Historical Society of Long Beach, “Many women profiled in the book were part of that movement of people from the nation’s Deep South and Northeast to the West Coast. Their efforts made life better for their families and their community–and for current and future generations of Long Beach residents of all racial and ethnic backgrounds.”


The original photograph by Carolyn Smith Watts was displayed at the Historical Society of Long Beach and published in One Camera Long Beach by Tuttle Cameras. 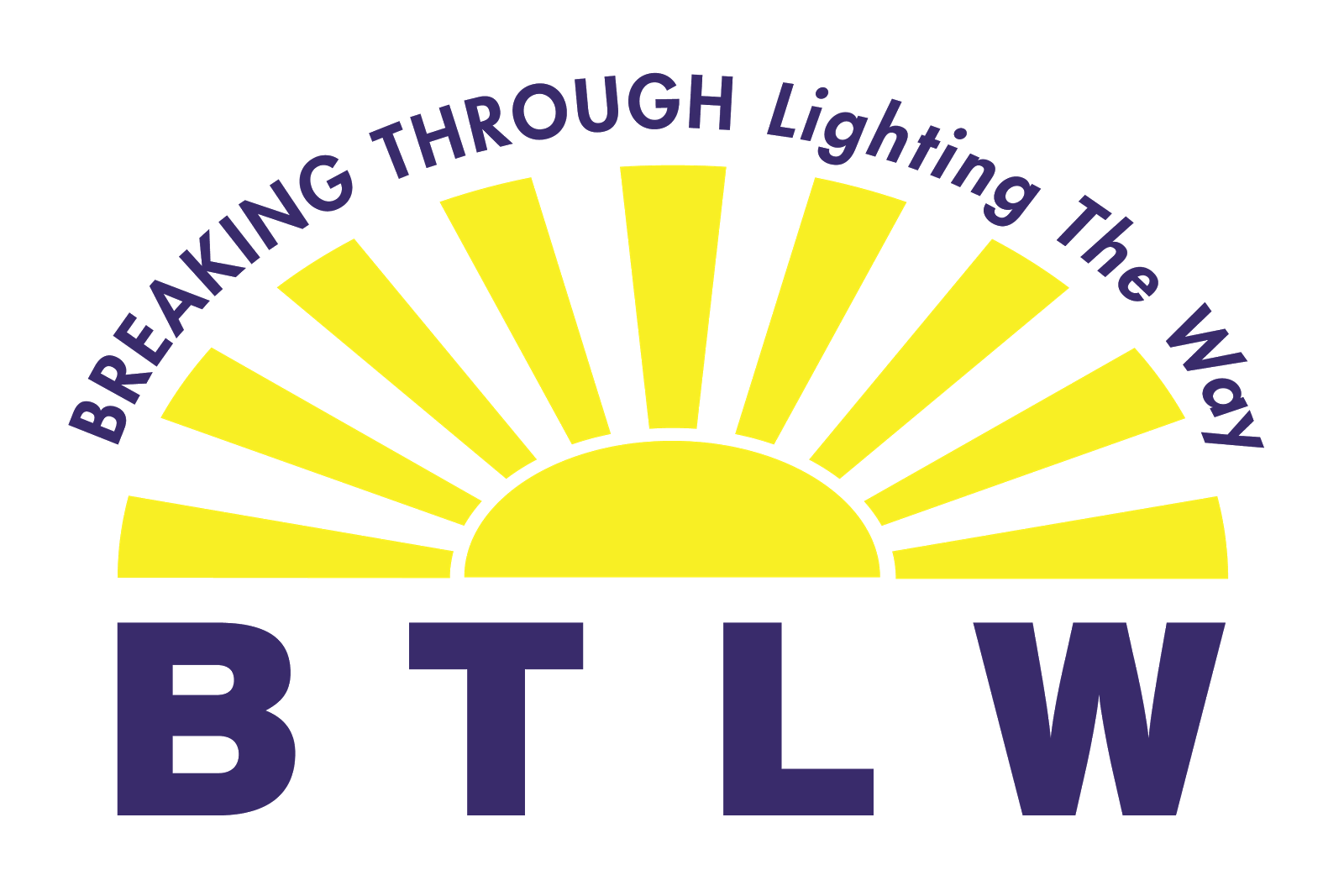